As part of our exclusive partnership with Bryony Frost, this is the home for all the amazing insight that Bryony provides. She’ll be guiding us through different tracks that she’s raced, looking at the biggest meets in the sport and providing a regular column to give you an idea of her day-to-day life as one the best jockeys in the world.

In her first, here, she looks at the biggest of them all, the Cheltenham Festival.

Having no fans allowed to attend this year will put a huge dent in the formidable atmosphere – something that is so special about the Cheltenham Festival.

It’s hard to remember my earliest memory of the Cheltenham Festival because horses have been on my mind since I first opened my eyes, but there are definitely a few that stick out from when I was young.

At the time I was only 14 and the rule was you had to be 16 to be able to school around the cross country track, but being inconspicuous I managed to sneak in and get the opportunity to ride with my Dad and Hadden (Bryony’s brother) around the course.

It was one of the coolest moments from my teenage years. To be able to go around with my brother and my dad, keeping up with them at the biggest venue in racing – I distinctly remember the grandstand blowing my mind at how big it was.

When I was 15, Hadden won on Buena Vista (in 2010). Me, Mum, Dad and Dan (Bryony’s brother) were at home screaming the house down and running round the living room. I am biased in that I think Hadden is the best of the best, and when he achieved a festival winner it became a fact, and it was an awesomely proud moment for us as a family.

Mum let me use a bedsheet to make a 'welcome home' banner. I drew him jumping the last and hung it out of the window so he would see it when he parked up at home. It must have been about midnight, but we re-watched the replay when he got back. I think that banner is still somewhere in the attic.

Every racecourse has their unique side to what makes them special. Cheltenham can create unforgettable moments, whether that be the roar of the crowd, the unique winner’s enclosure or the long walk in past the grandstand.

My first ride at the festival was on a horse called Current Event and I completely messed it up. I missed the start and got caught in all the traffic that I could. It taught me a vital lesson about the starts there. They’re unlike any other, mainly because the pressure is heightened to get a positive position in the race. They’re crucial. But I definitely learned my lesson for the next time, when I was able to partner up with Pacha Du Polder.

I remember Hadden and Dad going for a walk with me round the track before the race. I was pretty buzzed up. Hadden said: “One thing you must do is to look up at the grandstand and take it all in.”

Since Hadden said that to me I make sure every time I race at Cheltenham I absorb the atmosphere and appreciate how lucky I am to be riding there.

With Pacha it was unreal to race with him. His experience, he looked after me. We railed the inside the whole way and battled up the hill to come clear at the winning line. The Foxhunter is like the Gold Cup for amateurs and winning it was an achievement my dreams didn't dare to dream of.

I’ve got the coolest picture at home with me on Pacha and Hadden just about to hug me – you can see 1000 emotions in that one picture.

Some horses can get very unsettled by Cheltenham. The noise, the people, the media, the sheer standard of racing, but Frodon absolutely loves it.

I was very lucky to join Paul Nicholls’ team and be given the opportunities to ride horses that can compete at the very best level. It was a big moment in my career to join Hadden and Dad, who had both won there and its pretty epic to say we have all ticked that box, to have three festival winners in the family. I look up to all my family so much. It’s those guys whose footsteps I wasn’t sure I could ever follow, but with Paul’s backing, giving me that support, I began to believe in my ability.

Now, of course, there’s Frodon. Some horses can get very unsettled by Cheltenham’s atmosphere. It’s a massive shame there will not be any crowd this year, but that might be a positive for the nervous horses. Frodon is on the other side of the spectrum and thrives off all the attention he can get.

When we won the Ryanair (in 2019) he was in his element. When people clapped for him, he pricked his ears and put on a show. After the race he loved posing for all the photos and being the centre of attention.

I’ve watched that race back loads of times. How can I not? Why are we living if we can’t relive our memories? My imagination is one of the most powerful places that I can go to and that race made my imagination a reality, I don’t have to fabricate it.

The Gold Cup has always been talked about with Frodon but we raced in the Ryanair that year because his stamina wasn’t strong enough to see out a strongly run three miles and two-and-a-half furlongs.

Paul is a master at knowing what races to target. When you’re working with a trainer like Paul you know your horse is always ready, and that gives you immense confidence. We had a good plan, we knew the track and we knew that for two miles four furlongs we could ride as fast as we could and take them on from the front, which Frodon loved. We got kicking and had fun. 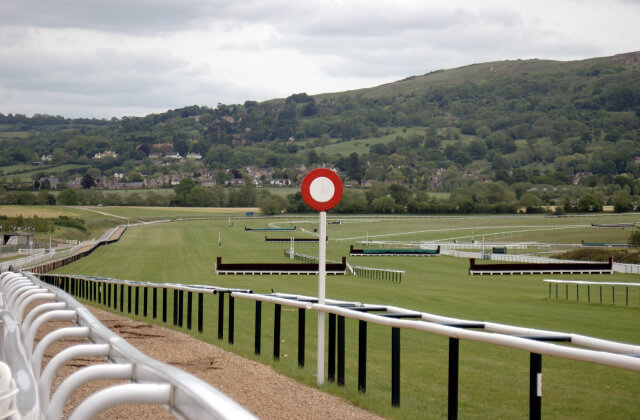 This year Frodon’s stamina has increased, which is common for horses as they get older and stronger, so we take on the Gold Cup. Frodon has the best team to ensure he is ready and at his peak to take on the biggest race of our career.

You have to be right on the ball because there isn’t a moment to relax when you’re riding at the festival. I’ll always try to enjoy it, take it in and appreciate the fact that I’m there. Obviously, the lack of crowd this year will be strange, but it will still be special. It’s Cheltenham, it’s our Olympics.